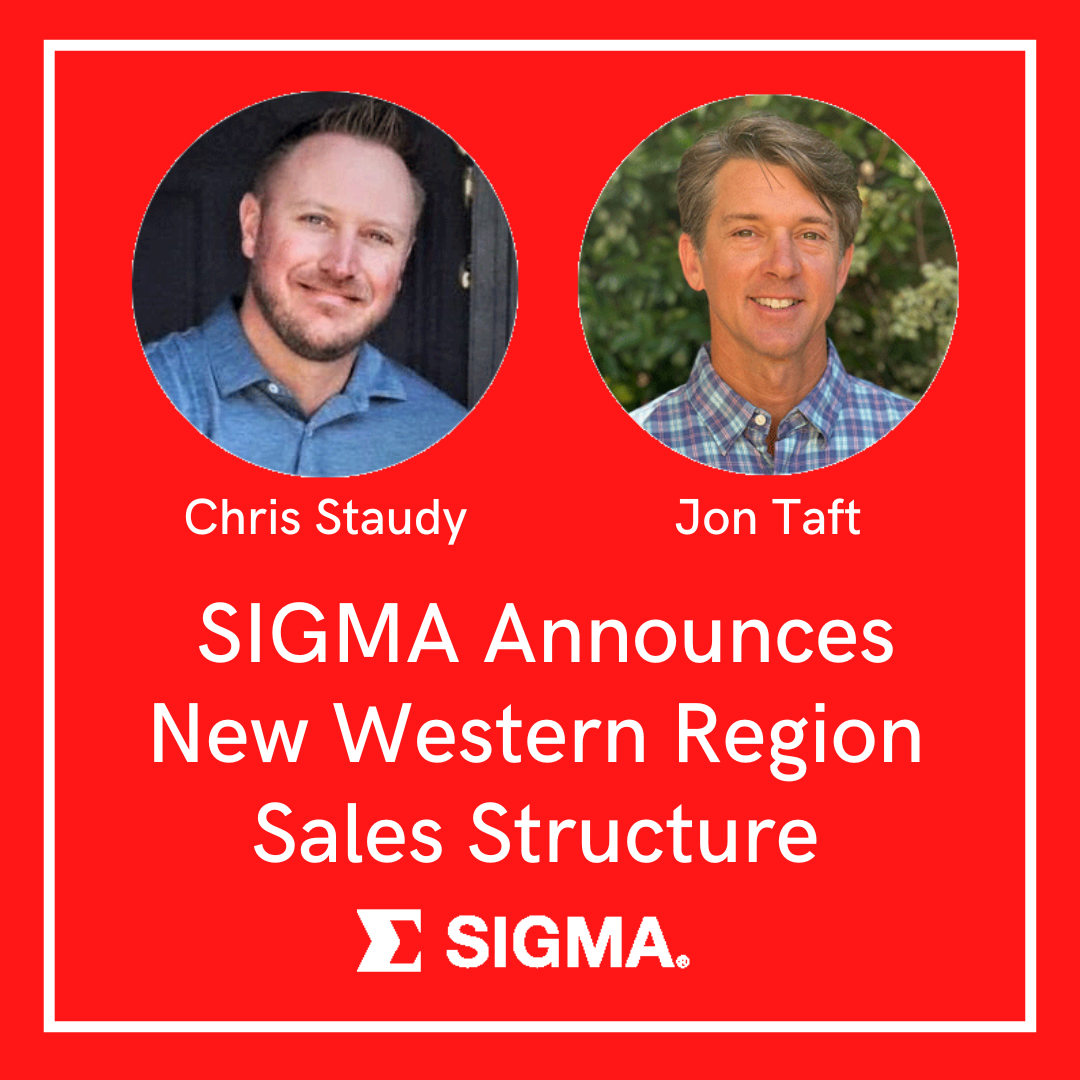 October 5, 2022 Lisa Delaney
Chris Staudy has been promoted to the Area Sales Manager for the Pacific Northwest while continuing direct sales responsibilities in Northern California and Wester Nevada. Mitchell Hoffman, Territory Sales Manager for Washington, Oregon, Idaho, Alaska and Montana will report directly to Chris. Chris has been with SIGMA over 10 years and has developed strong working relationships and product knowledge during that time. His talents and experience have well prepared Chris for the role. Chris will report to Jon Taft in this new role.
Chris may be contacted at 925.303.9839 or Cstaudy@sigmaco.com.
Jon Taft has been promoted to Western Sales Manager. In this position, Jon will be responsible for sales and operational management in the 10-state Western Region. Jon has worked for SIGMA over 21 years in a variety of capacities including, most recently, as an Area Sales Manager for the Western Region. Jon will report to the National Sales Manager in this new role.
Jon may be contacted at 949.533.9026 or Jtaft@sigmaco.com.
Congratulations to Chris and Jon on their promotions, and best wishes for continued success!